The Fouta is a light horse breed that developed in the Republic of Senegal in western Africa. Commonly used as a working horse, these animals are known for their racing skills, humble attitude and willingness to work. 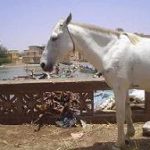 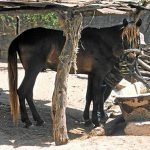 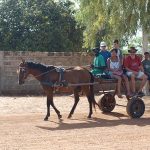 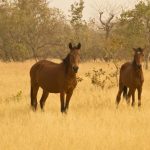 There is no official documentation regarding the origination of the Fouta horse breed. The breed gets its name from its local name Foutanké and is one of the four recognized equine breeds from Senegal (with the other three being the Fleuve, the M’Bayar, and the M’Par).

The Fouta horse is a composite of an M’Bayar mare and a Fleuve stallion and developed in the Baol region of Senegal in the western part of the African continent.

The M’Bayar Pony is thought to have evolved from the Barb horses. This pony was a local breed that was found in the Baol region. These ponies were mostly chestnut or bay in color. The Fleuve Pony, in turn, is a breed of Senegalese light horses that spread throughout the region of Senegal. It originated as a cross between the local pony breed and the Barb horses. Thus, it is evident that the Fouta breed also has a significant genetic connection with the Barbs.

However, the exact population of the Fouta was never known. After the World War II, the horse population substantially declined in Senegal and came down to only 30,000. In 1978, however, the number gradually increased to 216,000, and in 1996, it rose even further, counting to almost 400,000 individuals.

As of 2007, UNO’s wing ‘Food and Agriculture Organization’ (FAO) did not have any data about the breed from which its conservation status could be estimated.