The Galiceño horse developed in Mexico and was later brought to the United States. Known for their extravagant stamina, high energy level, and untiring ability to travel long distances, this breed is highly prized as a riding horse, as well as for competing in some sports events, including jumping. Despite being short in size, with a pony gene pool in the bloodline, they are considered more of a horse, rather than a pony. 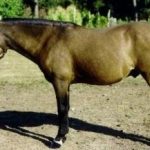 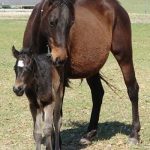 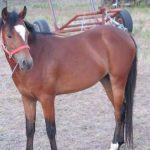 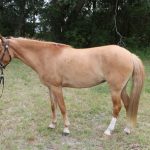 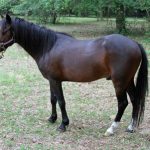 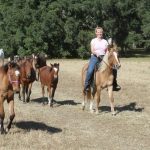 The Galiceno horse in the modern day Americas have their bloodline dating back to the Spanish breeds. The Spanish explorers landed in the North and the South Americas in the 16th century. Along with them, they brought the Andalusian horses, as well as the Galician ponies from the north of Spain in order to use them as mounts to the new world.

It was during this time that the Galician horses were crossed with the European Garrano horses that belonged to Portugal, which acted as the foundation for the then new breed Galiceno (that combines the name Galician and Garrano).

With its characteristic hardiness, the resultant breed proved to be a success, having a fast and impressive running-walk gait that was smooth and comfortable for riding purposes. Though these horses were relatively shorter in stature, they were strong enough to carry a rider for long hours without rest over the rough terrains.

For all these reasons, it didn’t take much time for the new breed to become popular among the residents alongside the Mexican coastal regions. In 1958, it was introduced to the United States by the Spanish Conquistador and Governor of Spain, Hernán Cortés, who landed into the country along with other people in the crew.

Soon after, in 1959, the GHBA (Galiceño Horse Breeders Association) was founded in the US with an aim to preserve and protect this multi-talented horse breed.