The Guoxia is an ancient breed of small horses native to the Chinese counties of Jingxi, Tianyang, and Debao. Unlike other small horse breeds from China, the little-known Guoxia is a purebred pony. Even though the equine breeds are believed to have evolved from common ancestors, the Guoxia differs in size and conformation as per their natural environment and habitat. 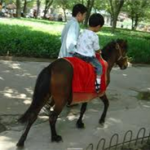 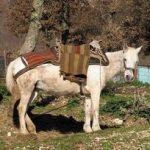 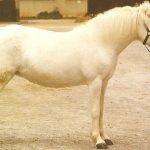 According to popular belief, the roots of this primitive equine breed dates thousands of years back to the Song Dynasty when it was spotted in the mountainous regions of southwest China. For its compact and petite stature, the ponies were commonly used for carrying fruit baskets in orchards, which gave them the name Guoxia meaning “under fruit tree horse.” They were also used as leisure ponies for entertaining royal women and mistresses. The breed is thought to have undergone extensive development over the next few centuries.

Unfortunately, the breed remained forgotten for many years and was considered extinct. However, in 1981, a herd of thousand Guoxia ponies was found in its native range, and a breed association was immediately formed. Although considered a rare breed today, their numbers have remained stable.