The Mongolian horse has been an integral part of the Mongol culture since time immemorial. Though categorized as horses, in terms of size they resemble a pony. They have a stocky build and are capable of living outdoors all year round under extreme weather conditions. Showing diverse talents, they are a popular choice among horse owners in the present times. 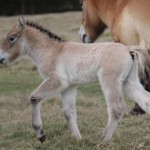 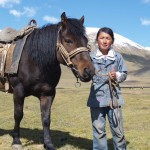 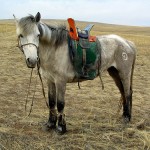 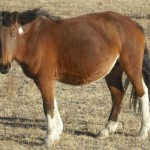 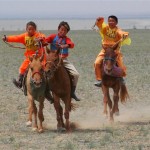 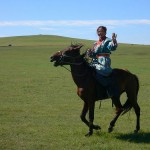 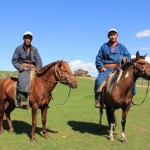 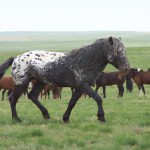 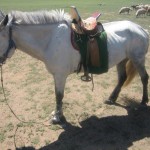 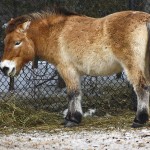 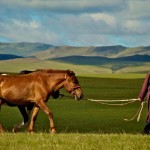 The Mongol horses were known to play a pivotal part in the 13th century, acting as Genghis Khan’s war steeds. Their energy, hardy nature, self-sufficiency and ability to find food on their own made them brilliant warhorses with the only disadvantage of being slow in comparison to the other breeds present in the battlefield. The soldiers also immensely depended on them to fulfill their daily requirement of food and milk, even going to the extent of drinking their blood during tough and stressful times. The war horses were so obedient to their masters that they would come instantly on hearing their whistle, following them loyally just like dogs. Mongol horse archers during Genghis Khan’s time were highly adept at defending their enemies while on horseback.

The nomads in the Central Asian steppes began riding on horsebacks as early as 2000BC though the exact date of origination of this breed is not known. Studies have shown that the Mongolian horses have the maximum genetic variation after which comes the Tuwinian horses. Attempts had been made to create faster horses by carrying out a breeding program between these native Mongolian horses and those belonging to a foreign race like thoroughbreds and Arabian horses. However, this did not bring in much success as these breeds were unable to cope up with the adverse weather conditions like their Mongolian counterpart. Moreover, crossing the Mongolian mares with a foreign stallion leads to large foals that may be problematic for the small mares to deliver. On the other hand, a foreign mare crossed with a male Mongolian result in producing a lesser number of foals.

Many horse breeds of Japan such as Taishu, Tokara, Kiso, Misaki, Myako, Hokkaido and Noma are said to derive their ancestry from them. These horses also have links with the breeds of Scandinavia, Central Europe, Iceland and the British Isles. In fact, the Icelandic horse has a striking resemblance to this breed as far as its livelihood and gathering food on its own is concerned.