The Kabarda Horse is a breed of Russian horses that developed at least 400 years back. Known for their graceful getup and majestic movement, these equines are kept in herds in their homeland for performing various tasks including general riding, endurance riding, and miscellaneous works.

The Kabarda has three subtypes. The first is the ‘basic type’ – the most common variant with a rangy but muscular body. The second one is the ‘oriental’ type, ruled mostly by the Arabian horse characteristics and demeanor. While the third is the biggest and robust ‘massive’ type with a solid osteal anatomy, quite similar to that of the carriage horses. 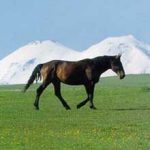 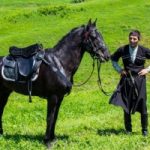 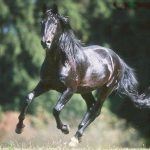 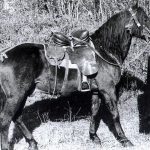 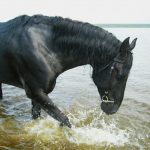 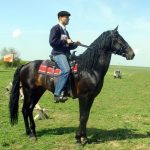 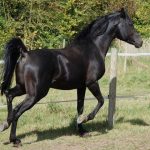 The Kabarda horse breed originated in the 16th century in the autonomous Babardino-Balkar Republic and the Stavropol area of the Caucasus (Georgia) in Russia (USSR). Some experts also believe that this breed shares a common origin with the Cleveland Bay horses.

The indigenous breed has a strong connection with the horses of Turkmenistan and was created by the nomadic tribesmen of the region through selective breeding between several Middle Eastern and Asian animals that include the Arabian, the Karabakh, and the Turkoman to enhance the bloodline. As a result, the new horse emerged as a light breed with a very free movement and with extreme durability, especially resistant to the cold climate of the region. They were also quite intelligent, with an outstanding sense of direction.

During the 20th century, these horses were further made to cross with the Arabian Horses, a program that was begun by Count Stroganov of the then famous ‘Stroganov Family’ of the successful Russian merchants, statesmen, and landowners.

Unfortunately, after the Russian Revolution of 1917, the population of the Kabardas declined significantly. By 1920, measures were however taken to re-establish the breed, and this initiative proved to be successful in preventing the line from disappearing altogether.