Kathiawari is a sturdy breed of Indian horses hailing from the Kathiawar peninsula. It has close resemblance with the Marwari and the Arabian horses, though the Kathiawari is slightly stockier and taller than the finely featured Marwari horse. These horses were originally bred for use as cavalry mounts and warhorses that could travel long distances on very little rations. 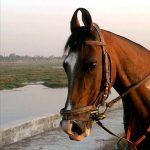 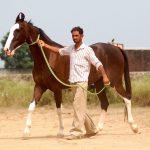 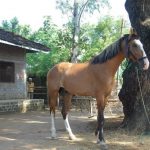 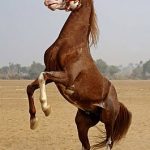 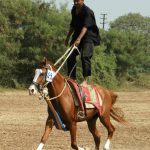 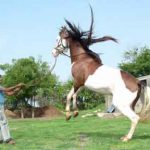 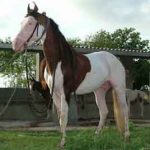 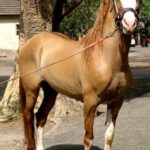 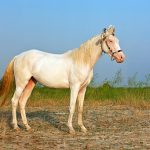 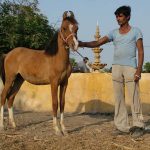 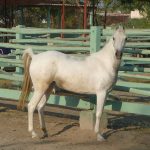 It is believed that horses inhabited the Indian west coast long before the Mughal Empire was established. During the Mughal Empire, Arabian horses were brought to the Indian subcontinent and bred with local horses, which created the ancestors of today’s Kathiawaris. The addition of Mongolian horse blood also improved the breed. This breeding practice was continued even during the British Rule in India.

Traditionally, noble households selectively bred sleek, wiry horses that could tolerate harsh conditions and carry people with weapons for long periods, and still be quick and light in action. This tradition of horse breeding among the nobility ended when India became independent.

Apart from the Kathiawar peninsula, these horses are now found in the Indian states of Rajasthan and Maharashtra. The government of Gujarat maintains studs at several districts including Junagadh, Amreli, Porbandar, Surendranagar, and Rajkot, some of which aim towards preserving the horse breed while others look to improve the local stock. A breed registry is maintained by the Kathiawari Horse Breeders’ Association.

One Response to Kathiawari Horse