The Mangalarga Marchador is an attractive and common Brazilian horse known for its unique gaits. It is the National Horse of Brazil. Other than general riding, they are extensively used in different other fields of sports like eventing or horse trial, endurance tests including cross-country, as well as working with cattle. 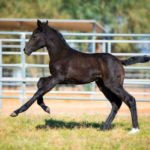 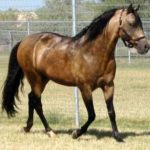 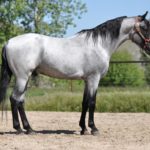 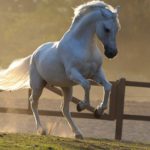 Video: The smooth gaits of the Mangalarga Marchador

In 1740 the first Mangalarga Horse was developed by Francisco Gabriel Junqueira, the Baron of Alfenas, crossing the Barb horse with the Spanish Jennet. Primarily Iberian in character, the Mangalarga is probably the purest offspring of the Jennet Horse, which is now extinct.

This horse developed during a time when traveling by horse was an important means of transport. The smooth gaits (inherited from its Spanish Jennet parent) and its persistent energy made them very much suitable for this job.

In 1949, the breeders formed an association so as to set specific standards and maintain control over its bloodline. Since then, more than 350,000 Mangalarga Marchadors have registered with the Association Mangalarga Marchador (ABCCMM). Outside of Brazil, Europe has the greatest population of these horses.