The Messara Horse is a breed of indigenous equines that evolved in Greece, and is considered to be the oldest breed in Europe. This primitive breed is currently on the verge of extinction. These Greek horses are known especially for their characteristic pacing, which makes riding comfortable and easy. 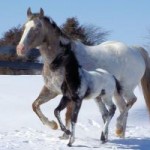 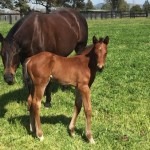 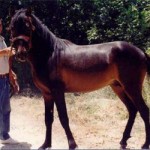 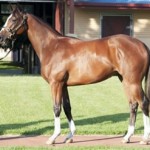 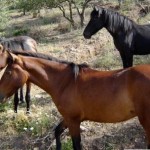 The existence of the mountain type Messara pony in the Island of Crete in Greece dates back to more than 1000 years. Experts also opine that these horses exist in Crete at least since the Preminoan Era, since recent excavations have found a horse skeleton that dates back before 1700 BC. The modern-day Messara horses were developed in the Messara region on the Crete Island by crossing the Arab stallions to the mountain type local mares. These Arab stallions had been imported during the Ottoman (Turkish) occupation during the 17th century.

Some people also believe that, the Messara is a descendant of the Russia’s ‘Tarpon’ breed. Discovery of coins, sculptures and paintings shows that they were used by the Minoans from Crete.

During World War II, many of these horses were moved to Albania, where most of them died. The individuals that could survive were later moved to Peloponnese, where their descendents can still be seen.

In 1928, the count of these horses was almost 6000 that came down to as less as 80 by the early 90s. While they are generally used for transport purposes and light farm work, the stallions of this breed are frequently used in breeding hinnies.

In 1994, a conservation program has started in order to promote conservation of this very rare breed, though the population is expected to exceed 1000 very soon, since, at present, many people in Crete own these horses. In was also in the same year that the stud book for these horses was developed for the first time.

These light riding and draft horses are the pride of the Cretans, who now own them for various reasons including the determination to preserve the breed, and also as a social status. Owners of the Messara horses also possess a national pride since the equines are allowed to participate in traditional festive events. Currently, the Cretan horse is mostly used for equestrian competitions and entertainment, held every year around Crete with one of the most famous games being held in spring and autumn in the Stroumboulas Plateau.