The Missouri Fox Trotter is an interesting horse breed developed in Missouri in the United States of America. This breed, with its medium body stature, is primarily used for trail riding as well as working on the farms or ranches. 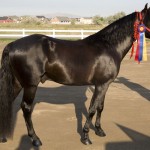 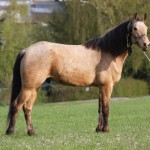 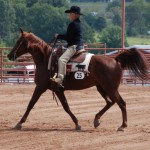 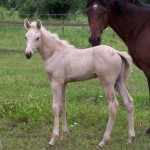 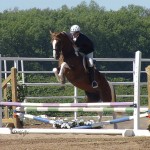 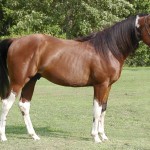 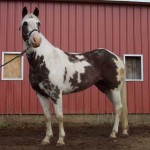 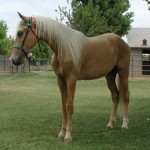 The development of this breed began in the rugged terrain of the Ozark Mountains in the 19th century by the settlers who mostly arrived from Virginia, Kentucky and Tennessee. In fact, they needed horses that were durable, easy to ride and could travel for long distances at a sure-footed and stable gait. When Missouri had achieved its statehood in the year 1821, the settlers who came here brought along with them saddle horses that were highly accessible and suitable in those regions. It soon came to observed they possessed a remarkable capacity for performing an easy and broken gait known as the “fox trot” that was highly convenient in the rocky Ozark hills covered with forests. This particular breed also was of great use to the cattlemen because of their smooth movements and capacity of working with the cattle.

In the year 1948, the MFTHBA (Missouri Fox Trotting Horse Breed Association) had been founded in Ava, Missouri for the purpose of registering horses having fox-trot like gait along with other specified physical attributes. The first set of these horses was exported to Europe during the 1950s. By 2002, they went on to be the state horse of Missouri officially. They were not only observed in the whole of United States but also in Canada and many countries of Europe. The number of registered horses by the Missouri Fox Trotting Horse Breed Association until 2012 is greater than 97,000.