The Nooitgedachter is an extremely gentle, loyal, reliable, bold, and surefooted breed of horses that are ideal for equi-tourism, being a wonderful equine, equally good for experienced as also occasional riders. They are popularly used in patrolling fences, and even for hunting, as they are used in games and sports, competing successfully in events like endurance, gymkhana, jumping, dressage, showing, hacking and in harness.

This is a versatile, outstandingly intelligent and an affectionate breed that is both agile as also willing to work, making them easy to handle and train. These are horses meant for all ages. 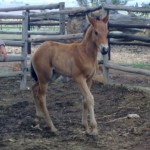 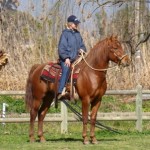 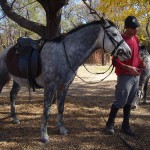 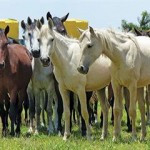 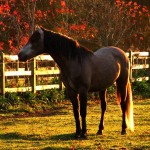 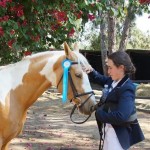 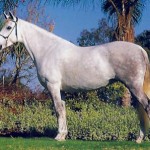 In 1951, the Nooitgedachter started to develop after a nucleus group of Basuto-type ponies were bought by the South African Department of Agriculture. Later, in 1952, a project to make these horses breed commenced in order to save the famous Basuto from going extinct. However, this program was also started with South Africa’s need for an indigenous farm, as also a horse for riding purposes that can adapt itself to the region’s typical conditions.

Since inbreeding occurred in the past in a big scale, the Nooitgedacht breeders had to take utmost care while breeding these horses. Hence, not merely the stallion Vonk, which was nominated to be the founder of the breed, and was selected by a departmental committee, but also one Boer stallion and one partbred Arab horse were limitedly used. It was this Vonk’s immediate offspring that majorly dominated the whole project of breeding.

Thus, almost all the modern-day members of the breed of Nooitgedacht happen to be its descendent either through the dam, or the sire, or both. The percentage of foaling was as high as 90%, as also was strict enough, so much so that, just one out of every four ponies was kept.

Because of the highly systematic breeding, a definitive and uniform “breed” of horses gradually came into existence. In 1967, eight studs from this project were supplied with the breeding stock of these newly-evolved horses.

In 1968, in order to help breeders and show judges, the standards of breeding of the Nooitgedacht were defined after the breeding project participants formed the Nooitgedacht Breeders’ Association. Later in March, 1977, the Department of Agriculture sold all of its horses associated to the breeding project in public auction after the successful completion of the development task.

It is now possible to say which of these mares’s genes form part of the race’s current gene pool. The Stem Mothers and -vaders who were Nooitgedacht: