The Ob Pony got its name from the river Ob in Russia, near which it originated. Small like its short name, it is a very old draft breed, but is presently very rare. They are known for their wonderful ability to naturally adapt themselves in the extreme environments of the snow-covered regions of Siberia. They look very similar to the Yakut and the Narym pony breeds, but the latter is a bit larger by size. 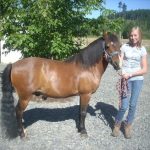 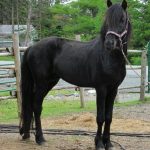 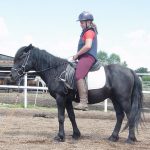 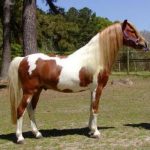 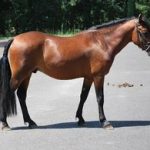 Very little is known about these equines. No one knows how old this breed is. However, it is thought that, they were bred by the early Siberian tribes, who are known to have been breeding and using horses for thousands of years.

The Ob Pony developed in the western part of Siberia, and belongs to the North Russian Pony group. They originated from the Khanty-Mansi region in the lower areas of the Ob & the Irtysh rivers, where the climate is extremely cold, food is scarce, and the land is covered under deep snow.

This small horse belongs to the same group as the other Siberian ponies that show similar characteristics. They are quite small, but are strong and sturdy, adapted to survive in the harsh climatic conditions and with scarcity of food.

During the winter months, the ponies are primarily used as pack animals, when they also work in forests. However, during summertime, they do not work and are set free to graze. They are a long-lived breed, and can work even in their old age of eighteen or twenty.

In 1936, research on the Ob Pony was done for the very first time. The Ob is a very rare breed today, and emphasis has been made to maintain their pure blood line, since it is a very precious breed in the northern forest regions of Russia.