The Poney du Logone is a breed of ponies that originated in the African countries of Chad and Cameroon, and were domesticated for the first time by the Mousseye tribe. Used extensively for transportation, these are strongly-built equines that were known for their endurance and hardiness. With the population rapidly going down, efforts have been taken to prevent this breed from getting extinct. 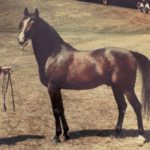 Some researchers believe that, the Poney Mousseye originated from the genes of the powerful Barb horse breed, but evolved as a shorter version because of the shortage of decent forage around their range. Whichever way, this breed was developed by the flood-plain of the Logone River in the south-western regions of Chad, and in northern Cameroon. They were the horses of the local Marba-Musey people, who were known for rearing and domesticating small horses.

In 1926, the Logone Pony was described for the first time, even though it was recorded exactly a century back (i.e. in 1826). However, because of the lack of well-planned breeding programs and rapid mechanization of transport systems, the population of this pony, by and by, is going down conspicuously in Cameroon. Though, the population was considerably static in Chad, and was listed by the FAO as “not at risk”.

In 1986, the government of Cameroon initiated an Equine Program in order to protect the breed from going extinct. An initiative to develop a horse industry in Cameroon had also been undertaken.

The areas around the Logone River, where these small horses were developed, were infested by tsetse flies, whose bites induce the deadly disease known as ‘sleeping sickness’ or ‘trypanosomosis’. Interestingly, these equids have shown to develop resistance to the disease.