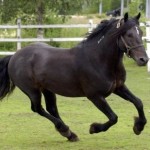 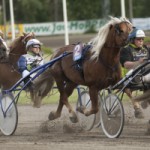 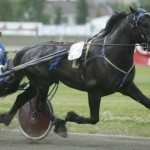 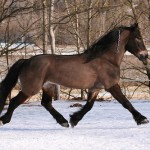 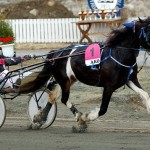 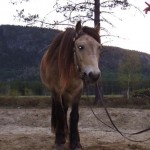 The coldblood trotters were developed based on Dolehest and North Swedish bloodlines. With an objective to produce powerful, fast and smooth running horses, the breed was refined by introducing lighter horses to the breeding stock. The draft trotters, being smaller, heavier, and more muscular, are slower than the Standardbred and other warmblood trotters. However, they have an extensive covering of fur, which makes them suited to harsh winter conditions.

At the beginning of the 20th century, trotting races were a common leisure activity in Scandinavian countries and this sport has been continuously thriving since its inception. Most of the horses racing in the competitions comprised the Scandinavian coldblood trotters. These horses were widespread in Sweden and Norway, and their numbers were stable until the Second World War.

With the introduction of machinery and modernization of agriculture, the population of these coldblood trotters sharply declined in 50 years. In order to preserve and promote the breed, the Det Norsk Travelskap association was established.

One Response to Scandinavian Coldblood Trotter