The Burmese Pony is an equine breed that is said to have originated in the Shan state located in the Eastern part of Burma (previously known as Myanmar).  Presently they are bred by the local tribes residing in the hills for performing a host of functions. They are sure-footed and hardy because of their mountainous terrain. 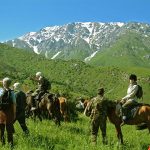 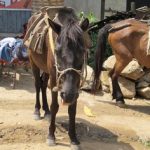 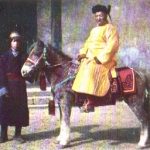 Though there is not much detail about the history of its origination, the Burmese pony is said to bear resemblance with the Spiti horse, Bhutia horse, and Manipuri pony. This suggests that all these breeds may be similar in origin, probably deriving their lineage from Mongolian horses along with other Eastern horse breeds.

At one point in time when the English had set up their colonies in Burma, the Burmese horse had been used by British people as polo mounts, not because they were fast or athletic, but due to the unavailability of other equines.

In fact, during the past years, horse racing in Rangoon was not at all flourishing because the only breeds competing would be the Burmese pony, imported from the Shan states. Some Arab stallions were imported by a British man and crossed with Burmese ponies to produce race horses. Gradually other breeds were introduced for the purpose of participating in races in Burma.