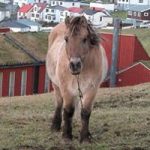 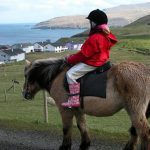 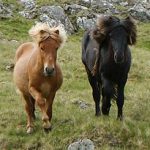 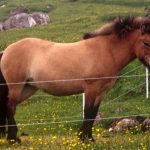 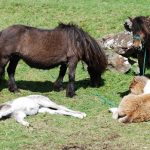 Though not much is known about the history of origination of the Faroe Pony, they had been mentioned of in written sources during the 1600s. These hardy horses may have evolved from the breeds brought to the island by the Celtics and Scandinavians as they migrated there. During the olden times, they were used as workhorses for the purpose of hauling heavy loads in the farm. Certain sources have even stated the ponies were trained for herding sheep. When they were not working, they were set free to roam about in the mountainous terrain of the island.

In the present times, their usage pertains to hobby breeders as well as mounts for younger ones. Dwelling in this island for more than hundred years, over 800 of these horses had been registered in the year 1880. However, their population saw a major decline in the 1960s with only 5 or 6 of them remaining. One of the main reasons for this reduction may be the increased export of these horses to the United Kingdom in between 1850 and 1920 where they were used as pit ponies in the mining industry.

Leivur T. Hansen initiated a breeding program for the purpose of conserving these horses, while an organization by the name, the Breeders of Faroe Ponies (Felagio Foroysk Ross) developed in 1970. The efforts have paid off with the numbers of these ponies rising to 70, all of which being declared as genetically pure. However, the goal is to work for the breed’s development further. Because of the lack of an adequate Border Inspection Post, they cannot be exported elsewhere, decreasing their popularity in other countries.