The Kazakh Horse is a breed of horses that evolved in Kazakhstan. All the year round, these horses are kept in the pastures for browsing or grazing. Mainly concentrated in the western region of the country, these horses are used for various purposes like riding, milk production and even for meat, which is a very common part of the culture and traditional diet of the Kazakhstanis. Although this is an exceptionally hardy breed, they are not much known for performance because of their short strides which often makes the ride choppy. 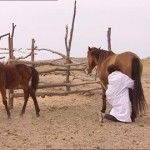 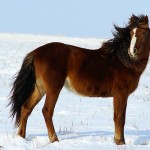 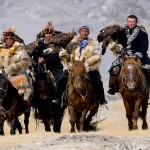 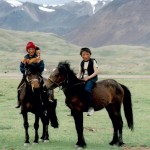 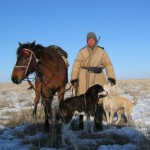 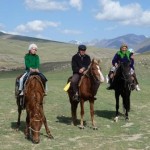 Though the modern Kazakh horse looks like a more refined version of the Mongolian Horse, this was not always the case. The Kazakhs date back to the 5th century B. C., and before domestication, they initially evolved as a breed of native wild horses. However, other breeds like the Mongolian Horse, the Karabair Horse, the Arabian Horse & the Akhal-Teke Horse, all had their influences upon the Kazakh breed right from the time they had evolved.

The Kazakh horses are also found in some parts of Russia and China, with a few physical differences. Though, both the Russian and Chinese herds evolved from the same stock. Based on different ecological factors of the vast territory they dwelled in, these horses have become differentiated into several varieties and types, with the Jabe or Dzhab, and the Adaev being the most common.

Type Jabes developed in the southern districts of the region of Aktubinsk, after which they widely spread throughout the country. They are a kind of a rugged variety with heads not well-defined, and having a broad neck, The Adaevs, Their most important characteristics are: rugged head, deep chest, thick neck, and a wide body, unlike the Adaev, that rather has a defined, saddle character and well-pronounced features.

From the 20th century, the breed met with additional blood infusion from other horse breeds like the Russian Don, the Orlov Trotter, and the Thoroughbred. Kazakh tribesmen, the once nomadic wanderers, still breed the Kazakh horse despite the fact that, the traditional bloodlines have been diluted by cross-breeding.