The Swiss Warmblood horse, also known as the Einsiedler, originated in Switzerland, and was named after the Benedictine Monastery of Einsiedeln, where it was first bred. These breeds form great cavalry horses and are also used for general riding, dressage and endurance sports. 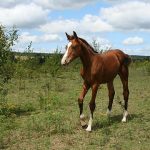 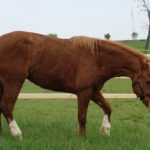 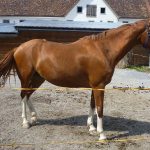 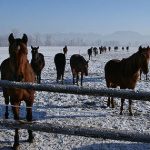 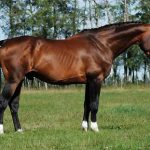 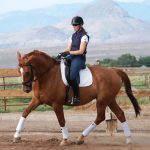 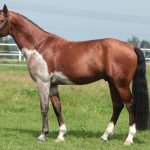 Being found in the 10th century, the Swiss Warmblood or Einsiedler horse began to be bred and developed in the Benedictine Abbot of Einsiedeln, Switzerland from the native Schwyer stock. The official stud book for this breed first began in 1655 and with the increasing popularity a comprehensive stud book was further developed in the year 1784 by Father Isidor Moser. During the 19th century, an attempt was made in improving the quality of these horses for the purpose of which a Yorkshire Coach Horse and Anglo Norman mares were brought in. In fact, the bloodlines of the breed primarily comes from the Anglo Norman horses with the most prominent ones being “Ivoire”, “Orinate de Messil” and Que d’ Espair. Other horses having a profound influence on this breed include a Swedish Warmblood named Aladin along with two Holsteiner horses namely Chevalier and Astral. At present these horses possess a strongly built stature like the Anglo Norman breeds along with a nice conformation and sound athletic skills.

In the recent times the Einsiedler or Swedish Warmblood horse is bred and raised at the Federal Stud located in Avenches of Switzerland and branded with a Swiss cross for identification. In order to qualify for the breeding process they go through testing when they are three and a half as well as five years of age. In fact, in the course of the test they are required to qualify through dressage events, jumping, and riding. The mares on the other hand are tested at the age of three and are not eligible to be selected if their parents are not registered as half-breds.